What drives Java developers crazy and goes away when given developers a strong brew of coffee? NullPointerExceptions.

How many times was your code confident to call that method on the object? Only to find the JVM crush its hopes by blabbering a lot of console language, crush your perfect solution to pieces, and leave only a witness statement as its final output: NullPointerException.

This construct has always puzzled developers.

Tony Hoare, went as far as to call the introduction of the null reference his billion dollar mistake, publicly apologizing for it. He is probably the only dude alive who could get away with it, given his contributions in Computer Science and the quicksort algorithm.

Null itself is not the problem. Having an empty value in your domain is not a disaster and may be a clear representation of your business example. What is wrong is how you’re allowed to dangerously access this reference without a proper null check. That is totally unsafe and has been the cause of so many developers’ tears and pain.

Following Tony Hoare here, A programming language designer should be responsible for the mistakes made by programmers using the language. It is a serious activity; not one that should be given to programmers with 9 months experience with assembly; they should have a strong scientific basis, a good deal of ingenuity and invention and control of detail, and a clear objective that the programs written by people using the language would be correct. free of obvious errors and free of syntactical traps.

Designing programs is hard. Designing languages that make you able to write these programs in a safe way is harder.

Optionals have already been providing a hand in dealing with the null references, by having a representation for an absence of value: Optional.EMPTY. Kotlin aims to be null-safe by design. It allows explicit nullable types by adding ? at the end of type declaration, and only safe calls to these references by typing: ?.. If you insist, it allows some explicit !! referencing which could still throw a NPE, but that’s on you.

This post does not teach you how to avoid NPEs altogether, it focuses on the moment that it happens. Java has a strong focus, perhaps more than any other language, on backward compatibility. It would hardly risk a system written in an older version of Java to not work on the latest version. I wouldn’t bet on Java to lose that focus anytime soon. So null references are here to stay. How can we make our lives easier with them?

You hate it. No matter how much experience you have under your belt, you always fail to the same mistake. It’s like that bad dream that keeps repeating. NullPointerException is the monster.

Even though Java has included Optionals as a language feature, and they’ve taken a lot of ground, you still haven’t seen the last of this monster.

Actually, we are about to see one right now.

It does not take long to understand that a call to .length() on the null reference will throw a NPE.

Running this code will output the following info in the stacktrace:

It states there is a NPE in our App class and it lets us know about the line that it threw the error in what method. Beyond that, understanding the cause of this message is poor.

I am not saying that is entirely the opposite of helpful, but it could have said something more.

Make a wish for a new Java feature and there will be a JEP for it.

Our hero has a number and a name: JEP 358: Helpful NullPointerExceptions.

This is one of the goodies that landed with JDK 14 earlier in March this year.

To make a case why we might need it, let’s add another domain to the equation and do something extra with it.

What we got is a an object reference Person, which also contains a reference to its name field.

As we know, because of our null reference, this program is likely set for failure.

This message is telling us in which method and line the incident happened.

Let’s misuse this code and add another null, this time by setting a complete reference to null.

Besides following with some logging and debugging, which could get complex in a short time, we do not have a way to find which one of the references in the object caused it just by looking at the message.

Our goal is to get to something else, the faulty operation. These two NPE messages are almost identical, and don’t offer much in that direction apart from the line where they happened.

That is not so.. helpful. 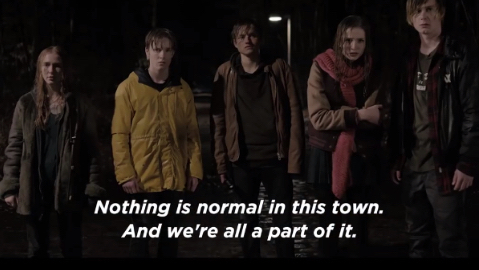 Getting close to the point, you could make use of what this JEP has in store to explore an alternate universe where NPEs are helpful.

Running the same program with a special flag: -XX:+ShowCodeDetailsInExceptionMessages would shed some light on this investigation.

It is there. This indeed helpful message makes it loud that name field is null, therefore the JVM cannot call String.length() on it. A real eye-opener.

This sets them apart. The second case is another story because the whole reference is null, and it is this faulty segment that caused it. There was no way we could have known without debugging.

Making it so easy, the developers can focus on actually fixing the NPE, rather than starting a quest to find the reference that caused it. In most cases, this feature will serve it for us. Going back to the statement from Hoare, the Java language designers take it seriously to offer the best programming experience to developers, if not for reversing decisions of the past which could not be abandoned due to the backward-compatibility promise, instead offering a bag of improvements such as this one.

Only writing this article I did learn that this feature has become a default on JDK 15, and you don’t need the -XX:+ShowCodeDetailsInExceptionMessages flag anymore. As a matter of fact, Java is moving so fast even someone like me, who is a usual twitter citizen, missed the news.

Helpful NullPointerException (JEP 358) will be set by default in JDK 15.https://t.co/r8wdTvq59Xhttps://t.co/kmYk5enRUj pic.twitter.com/5lV8DymKpJ